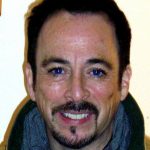 Colton Windsor was born, raised and educated in Seattle, Washington. After completing his education he worked in retail management for over 10 years and went on to serve as CEO of a Seattle based financial intuition, CBC, for 11 years. With the merger of his employer he took the opportunity to return to his chosen field of interior design and commercial visual merchandising. He owned and operator the Colt Windsor Design Company for 8 years until family medical needs demanded he take full-time care of an ailing parent. In 2007, Colton relocated to San Francisco, California to work for the Human Rights Campaign where he is currently employed.  He has served on several boards in the fields of finance, charity, and public arts.  He has been recognized by his peers for highest sales for Banana Republic, The Bon Marche (a division of Allied Stores), the Human Rights Campaign and in fundraising goals for two service oriented charities. He currently lives in San Francisco with his partner of 5 years and volunteers for Under One Roof, Castro Ambassadors, and Man Dance.