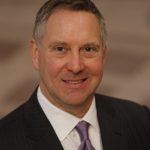 In 1994, the idea for a “Walk” dedicated to LGBT heroes and heroines first came to David Perry who presented the concept to the San Francisco Board of Supervisors and other community leaders where it received wide support. After several articles and other publicity, the notion continued to germinate until 2009 when Perry co-founded the Rainbow Honor Walk as an all-volunteer nonprofit with a group of other community advocates.

In 2006, Perry accepted an “Exceptional Business Award” from the San Francisco Business Arts Council. In addition to his communications work, David is the host/producer for the weekly TV Show, 10 Percent, with 350+ original episodes the longest running LGBT TV show in California history. As a journalist, David has written over one hundred articles, and contributed to several national publications. He has represented clients in the United States, Canada, China and Europe.

An avid maritime historian, David lectures about the great age of ocean liners aboard ship whenever possible. Along with his husband and business partner, Alfredo Casuso, he has visited over 70 countries.